Procurement Across the Continents: Australia

This is the second installment in an ongoing series of posts examining financial risk by continent, looking at economic conditions, major exports and associated risk factors. To read the first post, which covered the top five exporting nations in South America, click here. Unless otherwise specified, the following information was drawn from CreditRiskMonitor and the CIA World Factbook.

Australia has a Top-20 national economy. Services account for 70% of Australia’s GDP, but they are also a major exporter of commodities including wheat, wool, iron-ore, gold, liquefied natural gas (LNG) and coal.

Of the near 1,600 active Australia-based public companies listed and examined by CreditRiskMonitor, 465 of them – nearly 30% – have a FRISK® score in the “red zone” of elevated bankruptcy risk as of this publishing date. The FRISK® score combines stock market information, financial statement ratios, bond agency ratings and subscriber crowdsourced behavioral data into a formula which is 96% accurate in predicting public company bankruptcy within a 12-month window. If a company’s FRISK® score is between a rock-bottom “1” (meaning bankruptcy risk could be as high as 50%) and a “5,” we advise that you closely scrutinize those companies within your portfolio.

Australia’s economy did not experience a recession in 2008-2009, although they were certainly affected by the fact that all of their major trading partners were. The majority of Australia’s foreign trading is done with Japan, China, the U.S., South Korea and New Zealand. Individual industries and companies saw increased insolvency risk in response to changes in foreign demand.

Today, Australia's FRISK® Stress Index, which tracks the collective probability of failure in a group of companies (such as an industry, country or portfolio) over the next 12 months, is more than 40% higher than it was in January of 2008. As we noted in a January article on Increasing Risk in the Australian Economy, “CreditRiskMonitor's FRISK® Stress Index for Australia is sending a clear warning that now is the time to implement loss mitigation strategies.”

Australia’s natural resources include a rich mix of energy sources and minerals. In fact, they are one of the world's largest net exporters of coal. Yet availability does not always lessen risk, and, as such, the corporate credit risk in Australia includes companies in mineral mining and production as well as energy production. 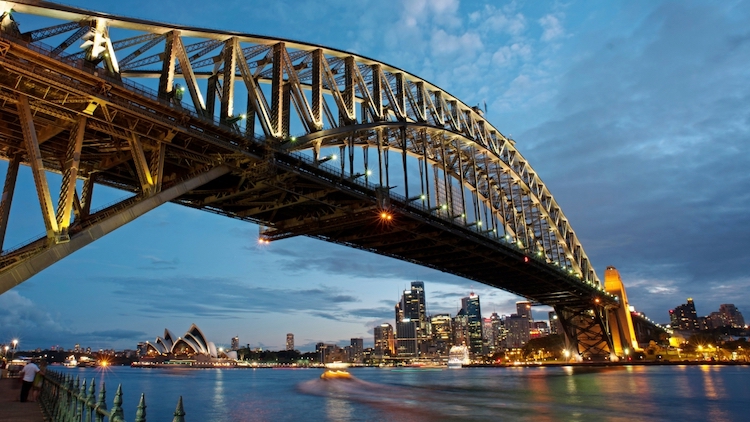 Energy Resources of Australia Limited (ERAL), a Subsidiary of Rio Tinto Group, is engaged in mining, processing and the sale of uranium oxide out of the country’s Northern Territory. Their FRISK® score is currently at a “4.” ERAL’s net sales have dipped for three consecutive fiscal years in a relatively safe industry where the average FRISK® score is a “6.”

Energy World Corporation (EWC) is an independent energy company located 10 kilometers outside of Sydney in southeast Australia, engaged in the production and sale of power and natural gas. Their FRISK® score fell appreciably from a “5” in January to “3” in April of 2018. Leverage is a concerning factor for this company. Its total debt-to-asset ratio has risen to 46% as of the fourth quarter of 2017, which ranks in the bottom quartile of its industry peer group.

Tronox Limited is engaged in the production and marketing of titanium bearing mineral sands and titanium dioxide (TiO2) pigment. TiO2 is used in a range of products in the manufacturing of paint and other coatings, plastics and paper, as well as inks, fibers, rubber, food, cosmetics and pharmaceuticals. The company operates three main pigment production facilities – one in North America, one in Europe and one right near their corporate headquarters in Kwinana, Western Australia.

Australia’s strong economy makes it an appealing trading partner in a number of industry sectors. What all corporate procurement teams must remember, however, is that individual companies may fall out of line (for better or worse) with the national economy. Whether this is due to executive or operational decisions, or shifts in demand and economic conditions at their primary trading, counterparty performance should have a bearing on the decision to sign a contract. And with that in mind, leveraging subscriber-only tools such as the FRISK® Stress Index is advisable.