Procurement Across the Continents: South America

Many companies and industries are global, raising the stakes for the procurement teams and supply chains that support them. In this feature series, we’ll tour the world continent by continent looking at economic conditions, major exports and risk factors.

South America is made up of a total of 15 countries and territories, and nearly all of their economies are dominated by tourism. According to WTEx, exports account for 6.9% of the continent’s total economic output. The top five exporters represent over 80% of the total: Brazil, Chile, Argentina, Peru and Colombia.

The FRISK® Stress Index tracks the collective probability of failure in a group of companies (such as an industry, country or portfolio) over the next 12 months. When we look at the FRISK® Stress Index for these countries for the first three months of 2018, the associated risk quickly becomes clear: each is consistently functioning at a higher probability of failure today than they were at the start of the Great Recession (January 2008).

Procurement and supply chain managers that are sourcing and managing supplier relationships in South America must carefully evaluate risks by country and company, starting with the observations described below. Unless otherwise specified, the following information was drawn from CreditRiskMonitor and the CIA World Factbook. 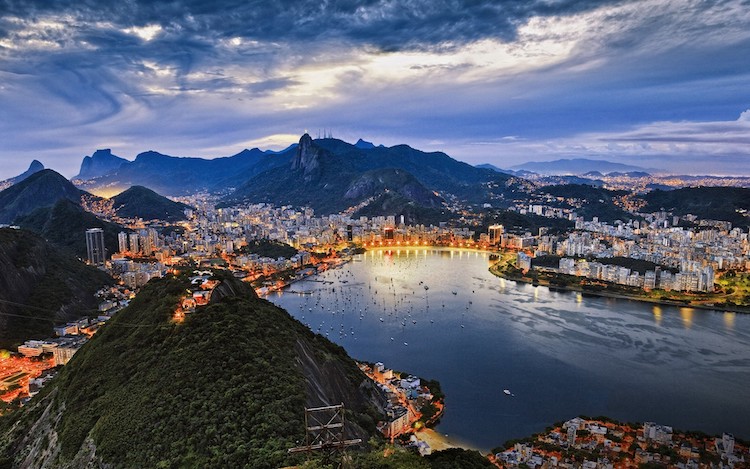 Of the Brazilian companies reporting sufficient information to calculate a FRISK® score, 32.3% of public companies are at a level of “5” and below – considered at a high risk for potential failure. Brazil currently has seven companies at the lowest FRISK® score of "1" (risk of bankruptcy between 9.99 and 50%) representing a wide variety of industries (steel, industrial construction, BPO services, agriculture and heavy equipment). As an example, Companhia Siderurgica Nacional is a Brazil-based company engaged in the steel industry. Their FRISK® score of has hovered between a "2" and a “1”  since early 2016 and CSN ended 2017 with a Z"-score of 0.58, indicating a lengthy history of fiscal danger.

14.9% of the companies with FRISK® scores in Chile are in the “red zone” of “5” and below. Three public companies currently carry a FRISK® score of “2.” They are in the agriculture (Empresas Cabo de Hornos SA), real estate (Inmobiliaria Union Espanola Valparaiso) and public transportation (Inversiones Alsacia SA) industries. None of the three companies have been higher than a "3" on the FRISK® score scale since 2016.

13.1% of South American exports| FRISK® Stress Index Jan. 2008: 0.76; Jan. 2018: 1.03
After suffering through turbulent economic conditions from 2001 to 2015, Argentina’s leadership has been working hard to transform their economy. As proof of their progress, they hosted the World Economic Forum on Latin America in 2017 and are set to assume the presidency of the G-20 in 2018. Argentina is one of the five largest wine producing countries in the world, although they have also been flagged as using child labor in their agriculture sector – a concern to trading partners.

Despite the efforts and progress made to transform their economy, 41.5% of the companies with FRISK® scores are currently “5” and below. Just like Chile, their three lowest-rated companies are at a “2” and are all utilities companies (electricity and natural gas). One of the three, Medanito SA, profiles as the riskiest to counterparties in 2018. Currently at their lowest FRISK® score of "2," Medanito SA's Z"-score plummeted in March 2018, falling from a -1.94 to a -5.25.

8.2% of South American exports| FRISK® Stress Index Jan. 2008: 0.38; Jan. 2018: 0.46
Metals and minerals (copper, gold, zinc) represent 55% of Peru’s exports, and so their economic growth and stability are closely tied to rates and demand for these materials on the global market.

10.4% of the companies in Peru with FRISK® scores are currently rated “5” and below. This is the lowest percentage of the countries profiled here, but it is still a significant concern. There are three companies with a FRISK® score of “3,” and they are in the freight, agriculture and textile industries. Empresa Agroindustrial Pomalca SAA, which grows, harvests and processes sugar cane, has seen its FRISK® score drop by half, from a "6" to a "3" in the last 18 months. Their working capital has been increasingly negative quarter-over-quarter despite having stronger net sales in December 2017 than December 2016.

7% of South American exports| FRISK® Stress Index Jan. 2008: 0.37; Jan. 2018: 0.47
Pushing the cumulative percent of South American exports over the 80% mark, Colombia’s primary exports are energy (oil) and mining (coal). They are also a notable exporter of coffee and cut flowers. The majority of their exports are highly sensitive to fluctuations in global market prices.

Of the Colombian companies with FRISK® scores, 17.2% are at a level of “5” and below. The three lowest-rated companies are at a “3” (1) and “4” (2). They represent the engineering/infrastructure, iron/steel and textile industries. As an example, Acerias Paz del Rio SA, is manufacturer of steel products. The Bogota-based company has remained entrenched in the FRISK® red zone for more than two years' time (dropping from a "5" to a "3"), despite improvements in net sales and working capital.

South American companies are actively engaged in the global exports market, but the risk of financial failure is high – even when compared to the Great Recession of 2008-2009. Whether your company is looking for suppliers of metals, energy, utilities, textiles or agricultural products, it is wise to research the financial stability of the companies you are considering buying from, the general economic stability of their home country and global market demand and prices for the products they sell. All of these factors will contribute to the reliability and value they contribute to your supply chain – not to mention the leverage you’ll have entering negotiations with them.