Energy commodity prices appear to have stabilized in 2018, a positive development for the downtrodden oil & gas industry. Upstream operators have begun to spend more on capital projects, providing a tailwind to onshore equipment services providers. Despite these positives, hundreds of oil & gas companies are still dealing with financial distress. According to the FRISK® Stress Index, nearly half of all U.S. oil & gas companies are trending in the FRISK® "red zone," a category that signals higher-than-average bankruptcy risk for public companies.

Five oil & gas related businesses that went bankrupt in 2017 collectively had approximately $11.2 billion in total liabilities at the end of the quarter preceding their respective filing dates. We believe that protecting against such dollar risk is crucial, as each of these failures likely impacted financial counterparties significantly. The FRISK® score is a 96% accurate risk management tool that helps CreditRiskMonitor subscribers identify bankruptcy risk before it hits their portfolios.

The most unique feature of the FRISK® score is CreditRiskMonitor's proprietary subscriber crowdsourcing. This information can not only be used to predict bankruptcy risk on its own, but it has also been proven to enhance the timeliness and accuracy of credit models – the FRISK® score being a prime example.

CreditRiskMonitor collects and analyzes the research activities of its subscriber base as they use the web service. These individuals include thousands of financial professionals from around the world, including more than 35% of the Fortune 1000. CreditRiskMonitor has found that certain click patterns within its commercial credit reports can demonstrate concern about company financial health. In effect, this collection of information can help identify heightened financial risk faster and with more precision on a company by company basis.

Since credit managers are not subject to Fair Disclosure regulation, these individuals often have access to high-quality information on the companies with which they do business. These risk professionals are not only entitled to have conversations with management teams about non-public information, but they can also reach out to special groups within their respective industries, including other credit managers. There are many incremental factors that ultimately determine whether a company survives or fails. Therefore, having access to this aggregated research activity is especially useful when a company is in financial trouble.

We found three instances where the FRISK® score and subscriber crowdsourcing both point to heightened financial risk: Denbury Resources Inc. (NYSE: DNR), EV Energy Partners, L.P. (NASDAQ: EVEP), and EP Energy LLC. Each of these businesses maintains the worst possible FRISK® score of "1" as of Feb. 8. This low score indicates a 10-to-50% probability of bankruptcy, and an even higher chance of default, in the coming 12-month period. Furthermore, all three companies received a negative signal from subscriber crowdsourcing in the last six months.

Among this group, Denbury Resources is the most illustrative example. In early 2017, its FRISK® score declined from a "2" to a "1," which highlighted further weakness in the operator's financial condition: 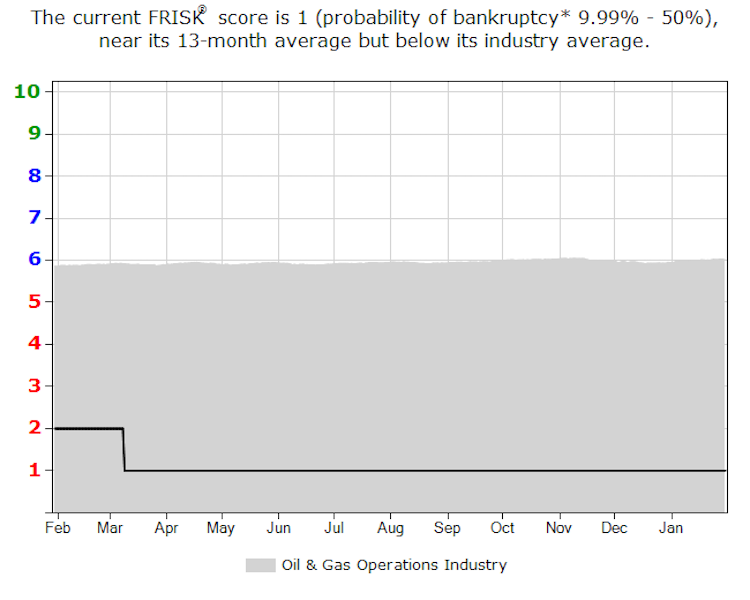 Subscriber crowdsourcing data, meanwhile, has shown a significant amount of activity for several months. This information is essentially sending a negative, high-risk signal to the FRISK® score. For those familiar with Denbury, this concern among CreditRiskMonitor subscribers may appear self-evident as the company has been struggling with an untenable debt load. However, the recent pickup in subscriber activity suggests that risk might be increasing, not decreasing. Notably, Denbury has already experienced two distressed debt exchanges, one that occurred in May 2016 and the other in December 2017. The energy company may need additional exchanges to lower its financial leverage to a more sustainable level, particularly given its leverage ratios rank in the bottom quartile of its peer group. Viewers can access our Denbury High Risk Report for further detail.

EV Energy Partners’ FRISK® score also fell to the lowest rank of “1” in 2017 and it has also seen increased crowdsourcing activity from credit managers. Both of these signals demonstrate high risk: 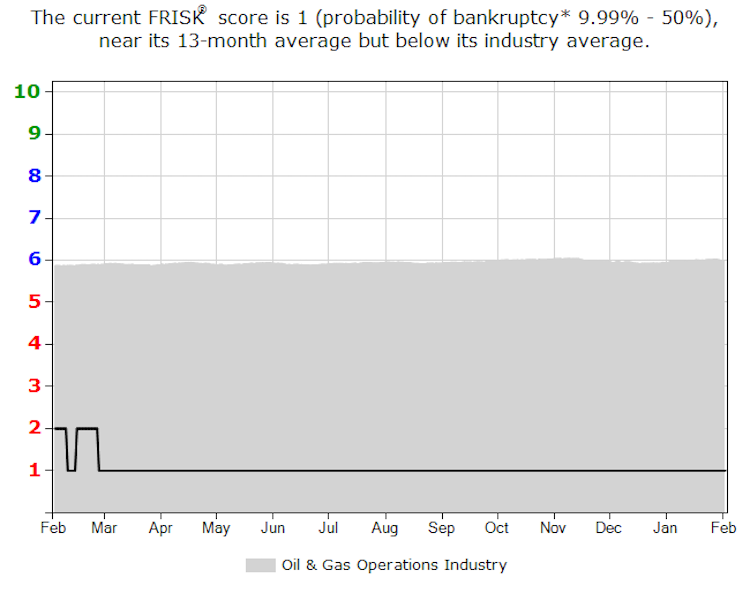 Here we can see that its FRISK® score also lands well below the industry average score of “6.” The company maintained a meager interest coverage ratio and generated negative free cash flow over the last 12 months in the period ended Sept. 30, 2017. As with Denbury, we think that there are better positioned companies in the Oil & Gas Operations industry with which to partner.

Finally, we have EP Energy LLC. Its FRISK® score has flat-lined at the worst rating of “1.” 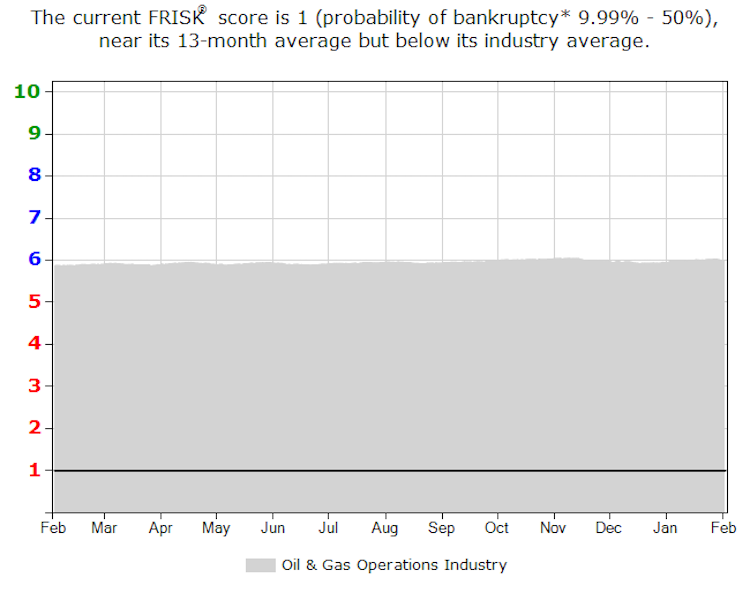 However, subscriber crowdsourcing has been sending a negative signal over the last few months, which highlights increased financial concern about the company. Not surprisingly, EP Energy's interest coverage ratio isn't particularly strong, and free cash flow was steeply negative over the last 12 months through the period ending Sept. 30, 2017.

Oil & gas industry conditions have improved somewhat, but there are still many businesses that have discernible credit risk. We identified three instances where the FRISK® score shows elevated financial risk. However, the recent uptick in subscriber research behavior on all three suggests that financial counterparty risk has increased even further. Just these three operators alone collectively hold around $9.1 billion in liabilities on their books. If you count any of these operators as a financial counterparty, you should closely monitor your exposure. It is crucial to not let your guard down, even though the overall energy industry appears to be strengthening.