Iconic American department store operator Sears Holdings Corporation filed for Chapter 11 bankruptcy protection, becoming easily the highest-profile casualty of the "Retail Apocalypse" to date. According to a press release delivered on Oct. 15 by the company, Sears "...has received commitments for $300 million in senior priming debtor-in-possession ("DIP") financing from its senior secured asset-based revolving lenders and is negotiating a $300 million subordinated DIP financing with ESL Investments, Inc. ("ESL"). ESL is the Company's largest stockholder and creditor, and Edward S. Lampert is ESL's Chairman and Chief Executive Officer. Subject to Court approval, the DIP financing is expected to improve the Company's financial position immediately and support its operations during the financial restructuring process." 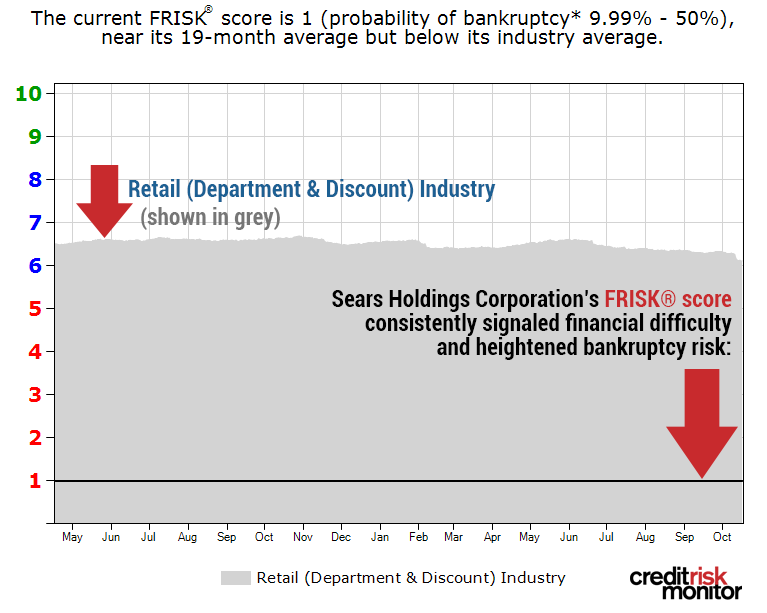 The CreditRiskMonitor FRISK® score tabbed Sears for several years as a candidate for eventual failure - for more than 24 consecutive months, the Chicago-based company sat at a FRISK® score of "1," which is defined as a company showing a 10-to-50% probability of bankruptcy within 12 months' time.