Everything's bigger in Texas -- including debt in public companies. Oil & gas leader Jones Energy, Inc. has filed for bankruptcy, and our subscribers saw it coming well in advance.

We covered the plight of the Austin-based company with a High Risk Report back in October of 2018. At the time of the release of the report, Jones Energy was showing a FRISK® score of "1," indicating up to a 50% chance that the company would meet bankruptcy inside of 12 months' time. That score never changed in the six-month period between the report's release and Jones Energy's Chapter 11 filing: 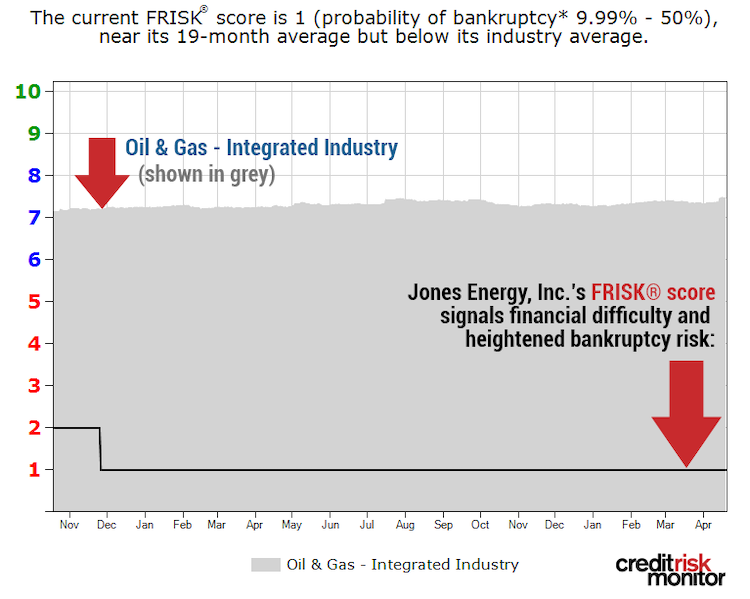 This Bankruptcy Case Study looks with a critical eye on why Jones Energy was unable to save itself from its cumbersome debt load and significant loss of working capital. The energy sector remains one of the hardest hit in the United States as far as public company bankruptcy is concerned in recent years.