High-profile Hexion Inc. has met bankruptcy after years of racking up debt while paying their bills on time to avoid backlash from creditors. We had been keeping a watchful eye on Hexion Inc. for some time now, and on Apr. 1, 2019, their long-suspected date with Chapter 11 finally arrived.

Their FRISK® score, 96% accurate in identifying bankruptcy risk in public companies within a 12-month window, had flatlined at a worst-possible "1" for more than two years' time: 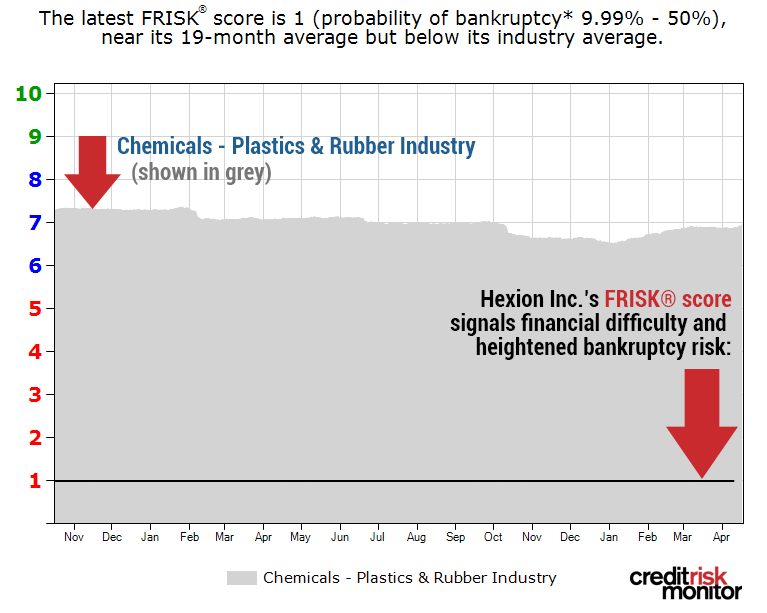 This Bankruptcy Case Study will chronicle what happened to sink this Ohio-based employer of 5,000-plus. Hexion Inc.'s total debt-to-assets ratio was already high at about 130% in 2013. It continued to move higher, hitting 180% in Sept. 2018, the last time it reported earnings before it declared bankruptcy. Meanwhile, the company reported persistent net losses for several years and free cash flow was consistently weak as well. Tangible net worth was deeply negative and steadily deteriorated over the last year.