With an economic contraction looming on the horizon in the not too distant future, retailers are at a grave disadvantage – especially if they’re already exhibiting signs of financial distress. Two well-known names that would appear to be weathering the storm with aplomb are Macy’s, Inc. and Neiman Marcus Group LTD LLC. However, CreditRiskMonitor's FRISK® score, which is 96% accurate at predicting public company financial distress up-to-and-including bankruptcy, shows that only one of these companies seems to be financially healthy in 2018.

Neiman Marcus is languishing at a FRISK® score of “1”— the lowest-possible score on a “10-” (safest) to-“1” (highest risk) scale, indicating that the retailer has a 10-to-50% chance of filing for bankruptcy within the next 12 months. By comparison, Macy's FRISK® score is an impressive "9," suggesting their bankruptcy risk probability is hovering around a hundredth of a percent.

That said, vendor supplied financing figures indicate that creditors are giving Neiman Marcus the benefit of the doubt – for now. Yet a deeper look at the company's financials reveals that there are still huge risks associated with extending credit their way. And the swift demise of Toys “R” Us proves that fickle vendors can quickly change the outlook for a retailer if they decide to pull back their support. And The Bon-Ton Stores, Inc., which received ample support from suppliers, still ended up ultimately filing for bankruptcy after similar struggles.

To follow is a look at how the two retailers match up financially. Doing so illustrates the FRISK® score’s power to simplify the research process by allowing you to focus your full attention on your greatest risks.

Say the word “Macy’s” and a parade might immediately come to mind, not to mention a department store in nearly every mall around the United States. Macy’s has been a staple of the American retail market for more than a century. At this point, the retailer is holding strong in a tumultuous industry. Other box stores found in many of the same malls like Sears and J. C. Penney – and Neiman Marcus – cannot boast as such with the same confidence as Macy’s can.

One of the keys to Macy's ability to handle the difficult period now facing the retail sector has been its strong balance sheet. The retailer's debt-to-assets ratio currently comes in at 30%, a healthy level within the retail industry. That's down from a peak of 37% in 2016, a still reasonable figure but one that highlights the improvements being made at the company. And despite the industry headwinds, the store has been able to generate positive returns on equity and tangible assets in each of the past five years. Currently, the company’s tangible net worth is $1.53 billion. Year-over-year sales improvements in each of the last three quarters, when added into the mix of other favorable financial figures, is a further encouraging sign. 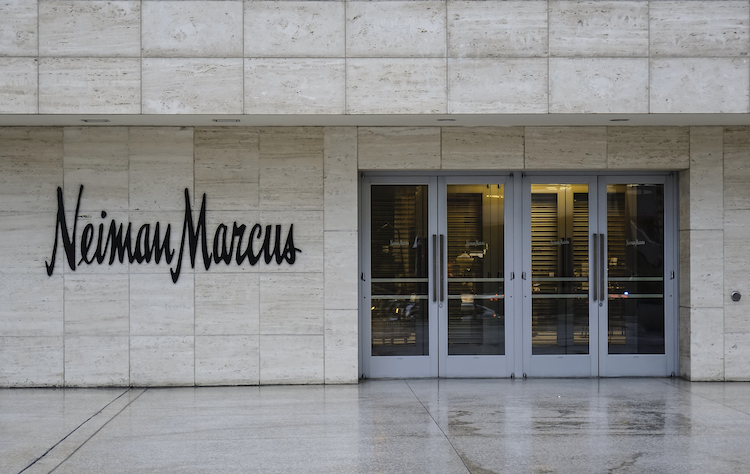 Also in business since the early 1900s, Neiman Marcus was established in Texas and quickly expanded throughout the rest of the country. Known for their commitment to customer service, the retailer was the first to offer a loyalty program and in-store gift wrapping. The store is focused at the high-end, offering an array of prestige and luxury brands such as Burberry, Gucci and Louis Vuitton.

Within the last few years, as shopping trends have shifted, Neiman Marcus has struggled to keep up. In an effort to compete with the likes of Macy’s, the retailer has committed to bringing in new brands and continues to focus on innovative customer service. According to its April 2018 news release reporting third quarter results, the company believes its approach is working. Quarterly results showed an increase in total revenue and a decrease in net losses. However, this doesn’t mean the company is out of the woods yet -- it is, after all, bleeding red ink because it is hampered by a hefty debt load. An economic contraction could quickly set things spiraling backward.

The troubles here are many. For starters, the company, though showing signs of improvement, is still losing money. In fact, it has lost money in four of the past five quarters. Although it turned a profit during the all-important holiday season, continuing weakness through the rest of the year highlights the ongoing troubles Neiman Marcus is facing. (Macy's, by comparison, was profitable in each of the last five quarters.)

Perhaps most troubling is the retailer’s debt-to-assets ratio. Currently, Neiman Marcus reports a ratio of 60%, double that of Macy's. Interest coverage, meanwhile, was under two times in the most recent quarter, a worrying figure when you compare it to Macy's far more reassuring eight times.

Creditors and supply chain managers have a lot more to worry about at Neiman Marcus than they do at Macy's.

The retail industry continues to shift and change. Generally speaking, department stores are falling on tough times due to shifts in consumer preferences, but some are performing adequately, e.g. Macy’s. As retailers like these continue to try to keep up with the changing market, risk professionals will want to maintain consistency when it comes to monitoring their portfolios. The FRISK® score provides a ready and ultra-reliable indicator of a public company’s overall financial health. It has the ability to proactively inform risk professionals of a counterparty’s financial distress. This enables action to be taken in order to minimize their own company’s financial risk and exposure. Neiman Marcus' FRISK® score, in conclusion, is flashing giant white-hot warnings signs that risk professionals would do well to heed.