A combination of factors, including relatively low interest rates and the ease with which large public companies can acquire debt, leave many of those companies with cumbersome financial burdens. Disturbingly, corporate debt levels are higher today than they were at the onset of the Great Recession, one of the reasons why our FRISK® Stress Index, a vital tool showing aggregate bankruptcy risk, is highlighting higher bankruptcy risk today than in late 2007. Risk professionals need to prepare now to ensure their public company portfolios stay healthy for when – not if – an economic downturn transpires.

Where We Stand and Why it Matters

In 2018, roughly two-thirds of U.S. non-financial public companies have below investment grade credit ratings. One of the main problems with debt issued with low credit ratings, often known as junk debt, is that there's a higher probability of default than there is for higher-rated, or investment-quality, debt. Today, many companies that might otherwise have had difficulty raising money in the past had the capacity to issue debt because of the low interest rate environment.

Carrying a heavy debt load, even for financially weak companies, is easier when the economy is strong. Yet when industrial companies are facing difficult times, key ratios such as equity-to-liabilities, debt-to-assets and interest coverage are some of the worthwhile metrics that analysts should consider. For example, a company with a liability-to-asset ratio of 90% or higher may be unable to refinance existing debt that is coming due or obtain additional debt to fund important support operations. Add in poor interest coverage and the inability to generate cash and companies laden with debt could find it difficult to survive when an economic cycle enters into a contraction phase.

Evolving Risk in the Transportation-Manufacturing Industry

Though many companies in the automotive and transportation-manufacturing industries boast reasonable debt levels compared to peer companies within the industry, and are easily covering their interest expenses, some players are in less advantageous positions. Here we analyze two transportation-manufacturing companies that are signaling distress today and that could struggle financially in the event of an economic contraction.

Before naming the players: the primary function of CreditRiskMonitor’s proprietary FRISK® score is to alert financial professionals of potential risk. The FRISK® score possesses a 96% accuracy rate in the prediction of U.S. corporate bankruptcies, rating companies on a “10” (best) to “1” (worst) scale. Any company scored on the bottom half of the scale from “5” to “1,” known as the “red zone,” needs to be monitored carefully. The companies profiled below all have a score in the red zone.

Specializing in manufacturing trucks and heavy engines, Navistar International Corporation sells its products and services through one of the largest dealer and service networks in North America. Though that might sound promising, the company’s financial health has been declining for some time.

In 2018, the company is highly leveraged, with a liability-to-asset ratio of 177%. Additional stress stems from the company posting negative free cash flow in four of the last five years and, perhaps more troubling, four of the last five quarters. With negative tangible net worth, highly leveraged Navistar could face material financial trouble should the economy hit a soft patch. 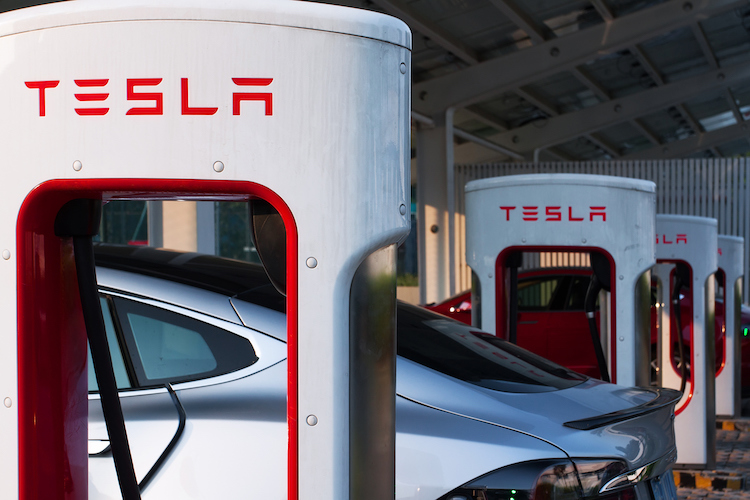 Tesla is best known for its sleekly designed, high-performance electric cars. However, the automaker is also making headlines these days for its questionable financial health. Tesla’s long-term financial viability is worth a closer examination, especially when you note that its FRISK® score of “3” puts the company firmly within the red zone.

In addition to ongoing operating losses, another piece of the problem is that Tesla continues to burn through cash as it takes on more and more large-scale expansion projects. Its most recent endeavor is ramping up production of its mass-market electric car known as the Model 3, a process which is taking longer than estimated. It has a long-haul truck project, the Model Y, already waiting in the wings as well, suggesting that its big spending days are not over. With continued operating losses and a $1.1 billion cash flow burn in the first quarter, Tesla's finances appear to remain stressed despite CEO Elon Musk's promise that it will turn profitable in the second half of 2018. Although the company currently has plenty of support in the capital markets, an economic downturn could put its highly leveraged capital structure (the total liabilities-to-tangible-net-worth ratio is 5.6) under material stress.

A contraction in credit is not something that might occur: It will happen at some point. Risk professionals are better off preparing now, while economic conditions are still strong. Although it is difficult to predict when the next downturn will occur, the last three business cycles each lasted an average of nine years. This is important because the Great Recession officially ended about nine years ago in 2009, and highly leveraged companies are already showing initial signs of distress. It’s true that default rates are relatively low at present, yet a hiccup in the economy could be the catalyst for financial chaos for highly leveraged companies.

With interest rates on the rise, it's likely that more highly leveraged companies will soon start feeling the weight of their debt-heavy balance sheets. Risk professionals will want to be aware of where the biggest risks lie and which companies are particularly vulnerable. A FRISK® score in the red zone is an important early warning sign. Putting public companies like Navistar and Tesla under the figurative microscope is advisable if any transportation-related outfits are in your portfolio. Staying ahead of risk will be necessary to help adjust exposure and protect the bottom line.