As the world reels from the effects of COVID-19, Quorum Health Corporation - a major American healthcare provider and operator of hospitals in 13 U.S. states - has filed for bankruptcy.

While the company had been diligent in paying their bills on time right up through their Chapter 11 filing, CreditRiskMonitor subscribers would have seen the dangers in Quorum Health for more than a year's time simply by monitoring our FRISK® score: 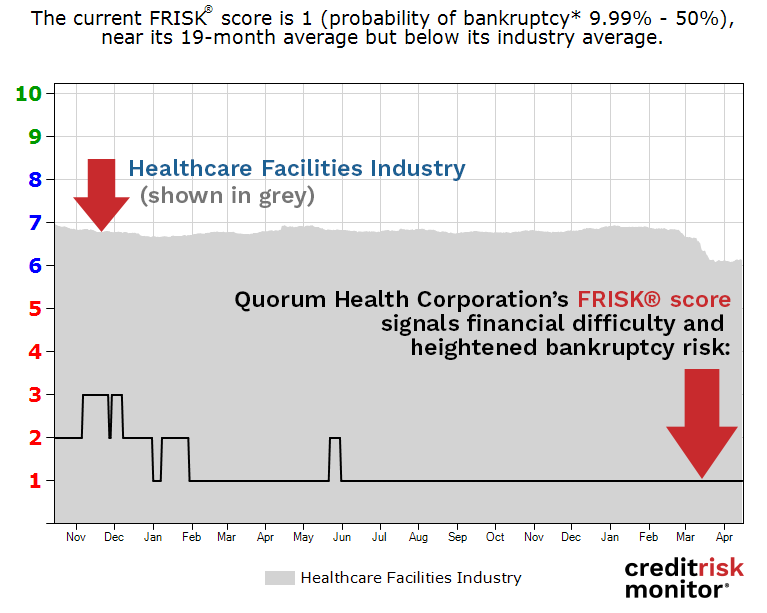 This High Risk Report provides an in-depth look at how a debt-laden corporation like Quorum Health, incorporated in 2015, was a bad bet for trade creditors from their start. Our FRISK® score is 96% accurate in predicting public company bankruptcy inside of a 12-month window.