Animal pharma leader Akorn, Inc. had been in bankruptcy danger for several years. When a stern warning from the FDA and a failed takeover bid derailed their business, they were left with nowhere else to turn.

In late 2018, Germany based healthcare group Fresenius SE & Co KGaA backed out of its $4.3 billion offer for Akorn, Inc. At that time, Fresenius discovered issues with Akorn’s pharmaceutical production, quality control and drug testing, including the discovery of anesthetics tainted with metal shavings. Later on in 2019, the U.S. Food and Drug Administration (FDA) issued warning letters to Akorn relating to two of its plants—one in Somerset, N.J. and the other in Decatur, Ill.— also after finding manufacturing violations. Regulators found that the manufacturing miscues “pose[d] a risk to the public.”

Amidst the turmoil, Akorn Inc.'s FRISK® score was fixed at a "1," with the company's market cap falling from $4 billion USD in 2017 to $28 million in the aftermath of the Fresenius deal collapsing. 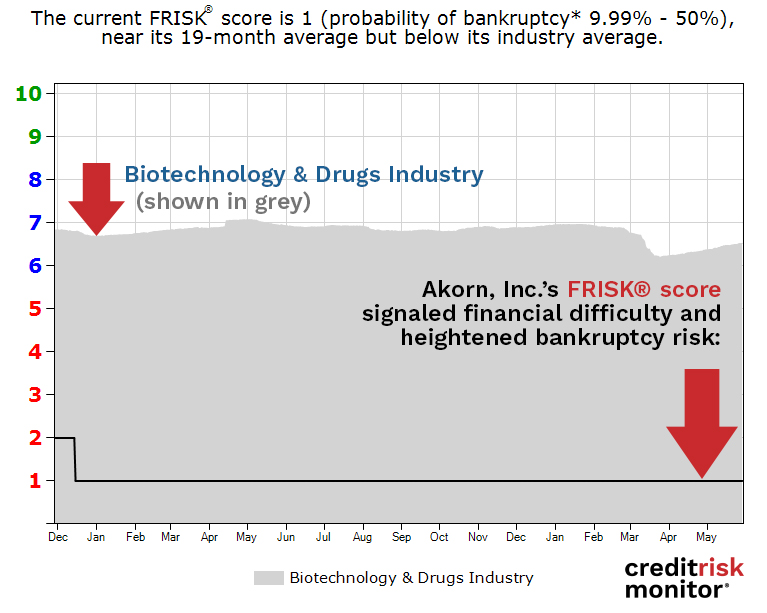